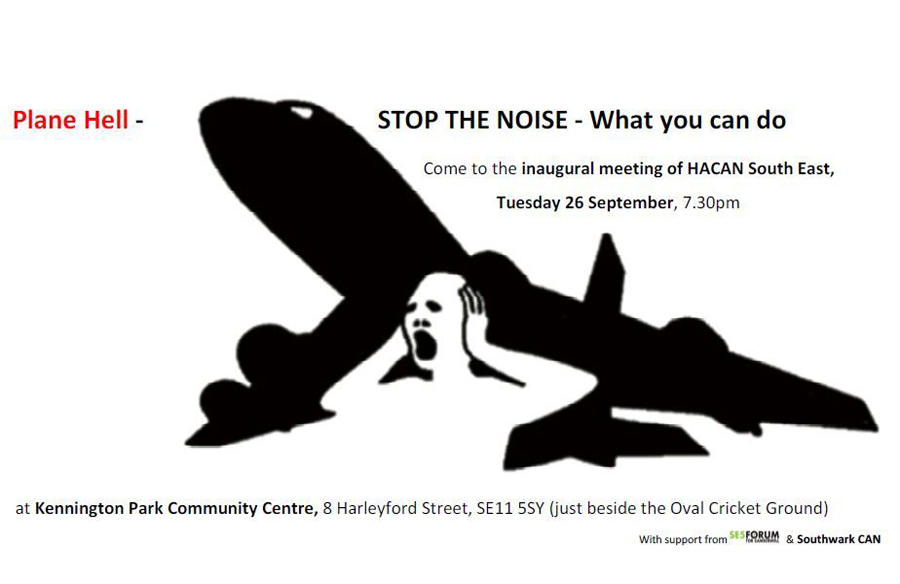 There is increasing concern about flight paths and aircraft noise from Heathrow over South and South East London. Some areas have also been experiencing more noise from London City aircraft following the concentration of its flight paths last year.

More positively, Heathrow will be holding a public consultation later this year to get people’s views on the design principles which should inform the root and branch review of flight paths it will be undertaking (whether or not it gets permission for a third runway). It will be asking communities for their thoughts on the importance of things like respite.

We would like to invite you to an the inaugural meeting of HACAN South East London on 26th September at 7.30pm at Kennington Park Community Centre, 8 Harleyford Street, SE11 5SY (just beside the Oval Cricket Ground).

If you are unable to join us Plane Hell is taking a stand at Oval Farmers Market on Saturday 9 September, 10 – 3. Do come and see us there.

Read What can you do : https://drive.google.com/drive/u/0/folders/0B2mincDJCI–RVZtc1k4N081cGs
With best regards,